Hi again,
Sharryn here.
Have you ever started scrapping a layout or a page and it turns out that in the end...it's just perfect for something else?
That's EXACTLY what happened with this one!
Initially I wanted to show you how easy it is to use chipboard on a page three different ways but in the end I realised, with a bit of added journalling, it was ideal for this months Kraft It Up challenge.

You see...I had this AWESOME Sun'n'Clouds chipboard designed by Leeann that I really wanted to use on a photo I took of a glorious sunrise down on the NSW South Coast at a little place called Tuross Head.

I wanted to do something special with the sun to make it shine just like the real one in the photo. So...starting off, I inked all components with different coloured inks. The sun rays were begging for some sparkle so I applied gold Kindyglitz over the top of the gold ink I'd previously used.
For the sun itself, I added some gorgeous red, orange, yellow and white beads to represent heat. I adhered the beads to the chipboard with a coat of Dimensional Magic. I wanted to use the cloud section for part of the title but didn't want to leave it just inked so I added some Papier paint around the edges for extra dimension and also to represent the water the sun was reflecting over. 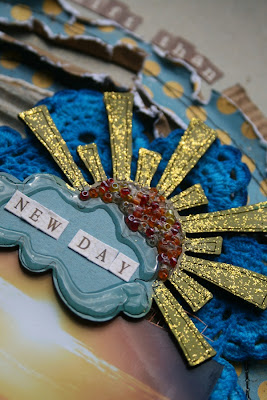 For the cloud to the left of the sun (see main layout), I simply inked it so as not to take away from the main piece of chipboard I wanted to showcase and used this too for part of the title.

I also had this fabulous Sea Grass pack also designed by Leeann that was just perfect for this layout however I didn't want to detract from the sun so I simply left it raw and added a stamped image on transparency and a word sticker to it. 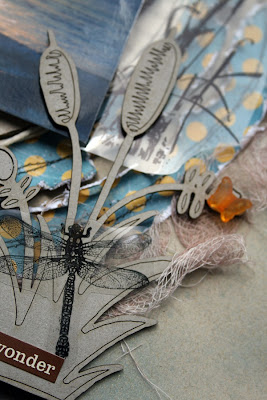 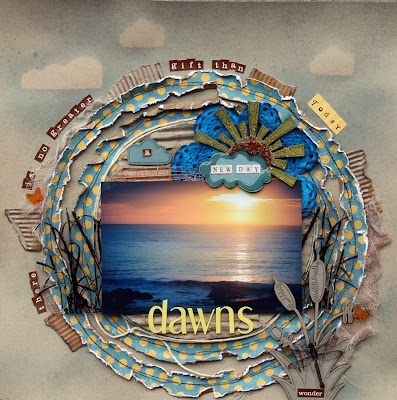 Until next time,
Happy scrappin',
Sharryn xx
Posted by Sharryn Thomson at 7:13 AM

We would LOVE to see our blinkie posted on your blogs... just copy and paste the pic to your computer, upload it to your blog and link it back to our blog... it's a great way to help advertise and introduce many more fabulous scrappy people to the chipboard world!